The renowned Islamic Mujtahid Imam Mohammad Ghazali refers in his world known treatise Kimiya-i S’adat that it is the indication of Allah’s love for a person that He opens the doors of wisdom to him. The quote suits the well known medieval scholar and Sufi Shiekh Baba Daud Khaki well. He was born in Srinagar in 928 Hijra corresponding to 1521 A.D. Tarikh Hassan mentions his place of birthas Kalashpora whereas a modern writer has identified it as Nowpora, adding that the present progeny of the great saint lived in the same locality. His father was Shiekh Hasan Ganai, a well known Khattat or scribe. G M D Sufi mentions that “the word Ganai comes from gan meaning a pen and the writer is, therefore, called the ganai as he uses the pen. The title of Ganai is believed to havebeen conferred, in Kashmir, on Baba Usamn Uchchap by BudShah, at whose burial the Sultan is said to have been present. Though Shiekh Daud lost his parents in the early childhood, yet he was destined to receive education from veteran religious luminaries like Allama Razi-ud Din, Mulla Baseer Khandabhawani, and Shams-ud-din Paul. Besides, by the grace of Allah, he had the qualities of head and heart. As a scholar he had no paralleland nobody could match his scholarship. It is interesting to note that most of the Sufis of the medieval times were first the religious luminaries before turning to Sufism. May be the instance of Khawja Nizamu-ud din Auliya(RA), Hazrat Mehboob ul Alam Shiekh Hamza Makhdoom(RA), Sheikh Yaqoob Sarfi (RA), or Shah Qasim Haqani (RA), almost all of them were well versed with thereligious tenets. This is in contrast to the modern scenario wherein some of those who claim to be Sufis but devoid of the knowledge of the shariat. These revered Sufis opened the doors of the house of Shariat, tread the path of Sufism (Tariaqat) to reach the zenith of the Maurfat, and they were successful in finding the ultimate Truth (Haqiqat). It was their experiences that led them to the vistas of Tasawuf.
He was engaged in the royal services as the tutor of Sultan Nazak Shah’s son. He gave up services and became a murid (disciple) of Sheikh Hamza Makhdoom, who bestowed him a Khirqa in the Suharvardi Silsilah. He became of the seven glittering stars who groomed under the blessed tutelage of Shiekh Hamza Makhdoom. These sevenSufis besides Shikh Daud included Mir Hyder Tulmuli, Khawaj Hasan Qari, Khawaja Ishaq Qari, Mulla Ahmad Chagli. Besides he also sought the blessings of Syed Ahmad Kirmani (RA), Moulana Shiekh Ahmad Qari (RA), Baba Hardi Reshi. Soliciting the guidance of Mir Ismail Shami, he became enrolled in the Qadri Silsilah (Order).
Sheikh Daud became instrumental in guiding thousands of Kashmiris to the right path. He has been rightly called the Imam Azami Sani. He guided the desirous ones to the stages of spiritual domain and had a number of disciples. The chief among them may be mentioned Haji Daud Balkhi, Mir Nazuk Qadri, Khawja Zain ud Din Rainawari. He travelled far and wide in the valley, relieving people of evils and myths. He breathed his last on 3rd of Safar 994 Hijra (1585 AD). Initially he was buried in Islamabad but later his mortal remains were shifted to the shrine of his Murshid Sheikh Hamza Makhdoom at Kohi Maran.

Sheikh Daud had Khaki as his pen name though some assert that abdicating the royal riches and dashing the noble status along with his wishes to the ground (Khak) entitled him to be Khaki. As a profile writer he has to his credit many works of repute. These include Virdul Murideen, Dastoorul Salikeen, Qasida Jalalia, Qasida Lammiya,. His excellence in the religious scholarship may be judged from the fact that, in his Virdul Murideen, he has quoted from over two hundred religious works. Virdul Murideen, still recited in the Khanqhas and Masajid (mosques) of Kashmir on occasions, is a compilation of 1362 verses in honour (manaqib) of his spiritual preceptor HazratMehboob ul Alam Shiekh Hamza Makhdoom(RA). Dastoorul Salikeen is the commentary of the VirdulMurideen. Besides the significance these works carry in the religious and spiritual circles, they serve an important hagiographic source for the contemporary Kashmir. 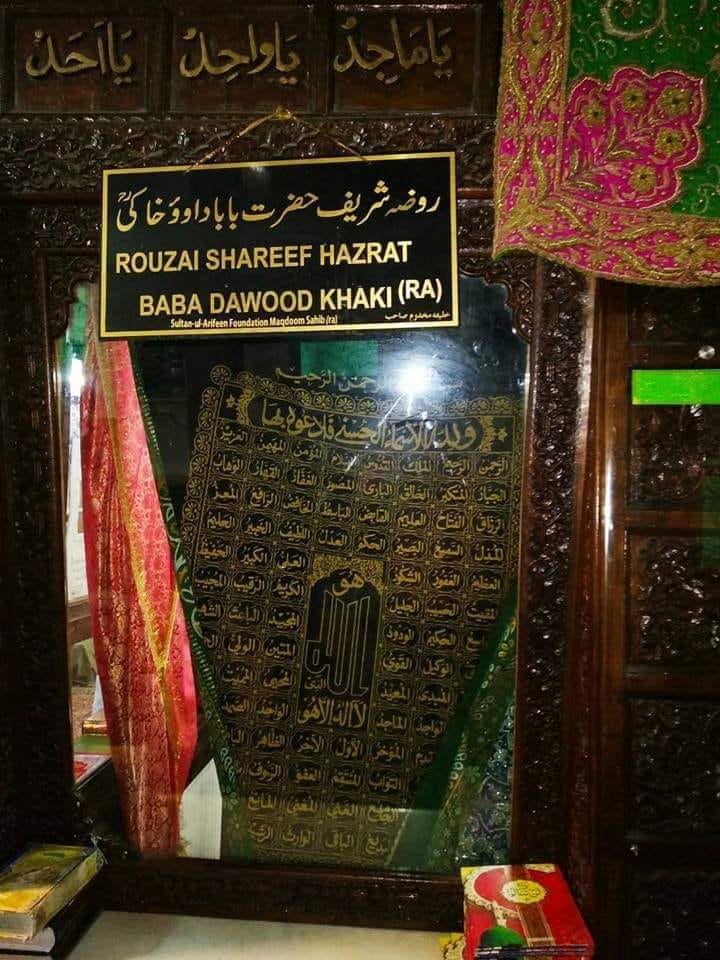 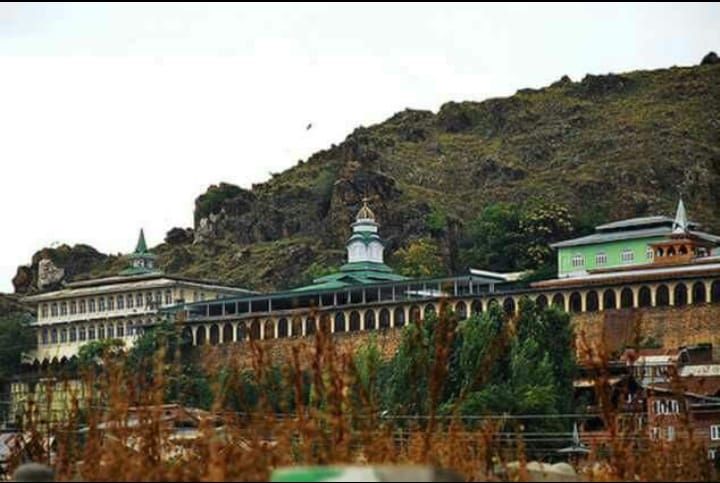